Harris broke the boundaries of stereotypes to become the first Black provost in the university’s history. His major accomplishments include T10, Tufts’ first comprehensive university-wide strategic plan, establishment of the University Senate, and the creation of the Tufts Century Ride, a bicycling event to build bridges and camaraderie. As an institutional builder, Harris recognized ways in which he was a mentor and model for people he may not even have known.

Born in Philadelphia, David Harris had many experiences of “firsts” and “onlys” while growing up. When his family moved to the Philadelphia suburbs, he was the first Black child in Little League. He was one of the only kids on his block from a family experiencing significant financial insecurity, and he was one of the few kids of color in the mostly white, middle-class school he attended. Harris is also a member of the first generation of his family to go to college, winning a scholarship and receiving financial aid to attend Northwestern University. He studied social policy, went on to earn a PhD in sociology at the University of Michigan, and eventually took a faculty position at Cornell University.

Recognized early on for his talents as an administrator, Harris was named deputy provost at Cornell in 2007, and he became interim provost during the financial crisis of 2008. Beginning in 2010, Harris served the Obama administration in the Department of Health and Human Services, working on matters as diverse as homelessness, natural disaster relief, and comprehensive anti-poverty policy. The experience in Washington, D.C., gave Harris a front-row view on the processes of federal governance. He took this education with him back to Cornell, and eventually to Tufts, where, in 2012 he was named the university’s eighth provost. Harris became the 19th president of Union College, in Schenectady, New York, in 2018.

At Tufts, Harris broke down the boundaries of stereotypes to become the first Black provost in the university’s history. His major accomplishments include developing T10, Tufts’ first comprehensive university-wide strategic plan, establishing the University Senate, and creating the Tufts Century Ride, a university-wide bicycling event to build bridges and camaraderie. An institution builder at Tufts, Harris is also recognized for the ways in which he was a mentor and model for others. 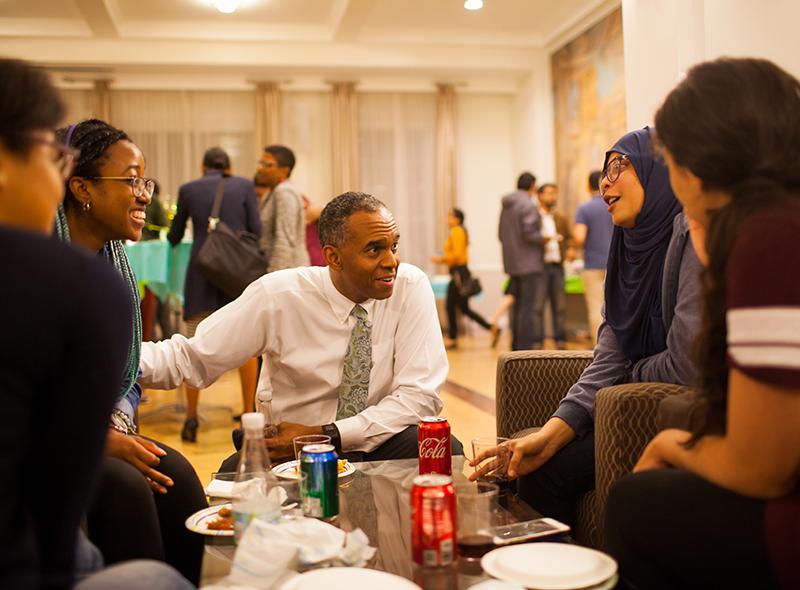 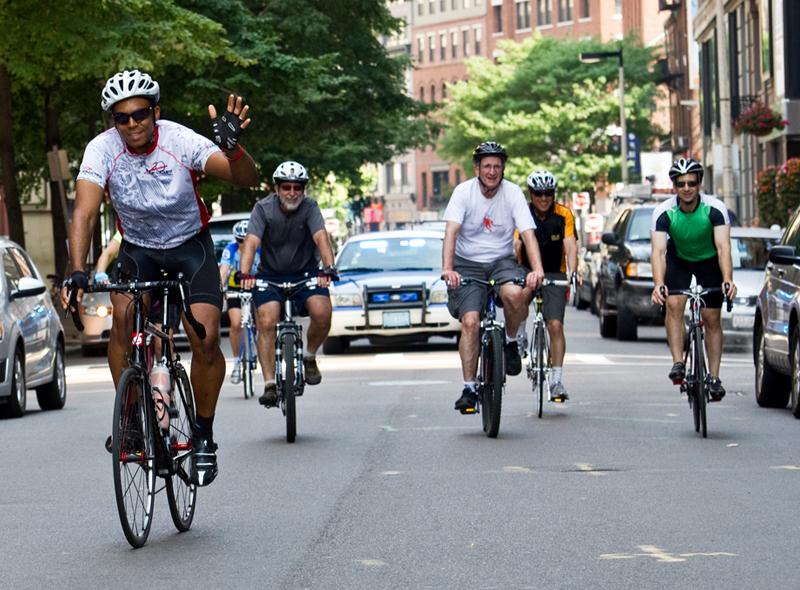 Cyclists complete the Medford - Boston leg of the century ride with Provost Harris on Friday, August 24, 2012.