Beginning with the Africana Center and informed by her leadership and Tufts’ commitment to admit and serve diverse student communities, Knable was also instrumental in the establishment of the Asian American Center, the Women’s Center, the Latinx Center, and the LGBT Center. Knable believes the educational experience is enriched for everyone when institutional membership is accessible to diverse groups.

Tufts had reached the point of saying that it wanted to increase the diversity of its population, but it didn’t do it merely to be praised for its kindness and generosity in making its education available to these new groups. In fact, it believed that the education of all its students would be enriched by having this broader population. And I think that that isn’t necessarily something that one could take for granted in a lot of schools.

Bobbie Knable was raised by her great-grandmother in Knoxville, Tennessee, and her great-aunt in Cleveland, Ohio, in the early 1940s. It was a time of segregated schools, buses, restaurants, theaters, public restrooms, and water fountains across the South; in Cleveland, segregation was less obvious than the South’s Jim Crow laws, but equally present as it was encoded into social policies—including housing arrangements.

Transgressing the boundaries of segregation with the help of her great-aunt and her elementary school principal, Knable transferred from her assigned and underresourced school to a nearby magnet school, becoming class president. She won a scholarship to the Oberlin Conservatory of Music, and after graduating, she moved to New York City to work for RCA Victor Records. Knable chaired the civil rights committee of the West Side Democrats and attended the 1963 March on Washington. She later worked at the national office of the Congress of Racial Equity (CORE), one of the great grassroots civil rights organizations devoted to the vote and to desegregation.

In 1970, Bernard Harleston, Dean of the Faculty, Tufts School of Arts and Sciences, hired Knable as an instructor in the English Department to coordinate an alternative freshman writing course. Although primarily created to meet the needs of newly admitted Black students from underresourced high schools, all students benefited. Multiracial student cohorts, which included many white students, received the support they needed to excel at the university.

As Boston, like cities across the nation, struggled with school desegregation and busing, Tufts began to focus on diversifying its student body. In 1970, the university launched a part-time program that admitted women over 25 years old, allowing them, on Tufts scholarships, to take courses with other undergraduates. In 1974, Knable was appointed head of the Tufts Continuing Education Program for Urban Women (now called R.E.A.L.). Six years later, in 1980, she was named dean of students, a position she held for 20 years.

Following the foundation of the Africana Center and informed by her leadership and Tufts’ commitment to admit and serve diverse student communities, Knable was instrumental in the establishment of the Asian American Center, the Women’s Center, the Latinx Center, and the LGBT Center. Knable believes the educational experience is enriched for everyone when institutional membership is accessible to diverse groups. 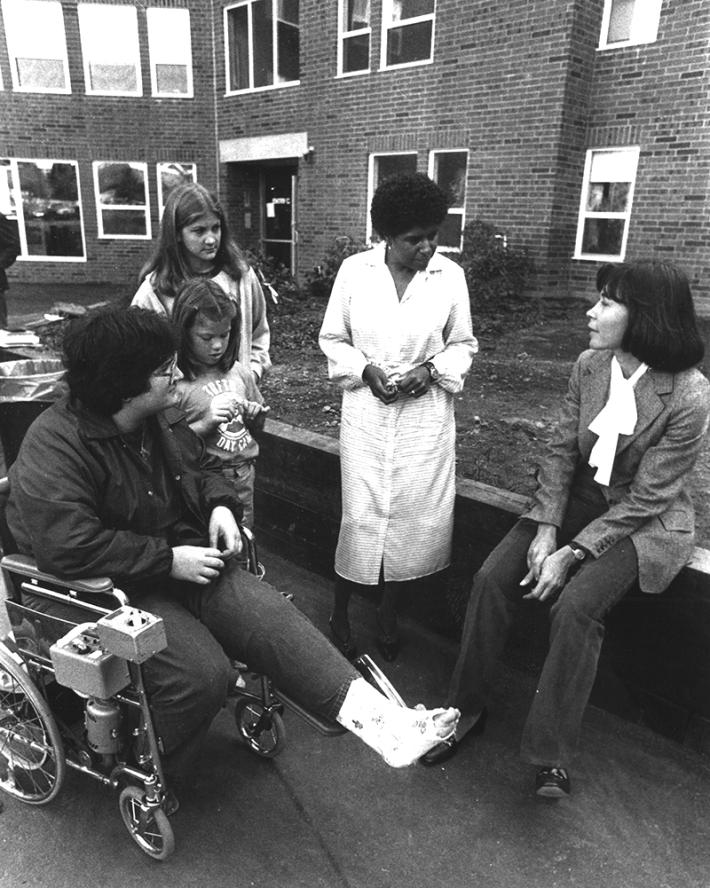 Dean Knable speaking with students at the opening of the Latin Way dormitory, 1980. 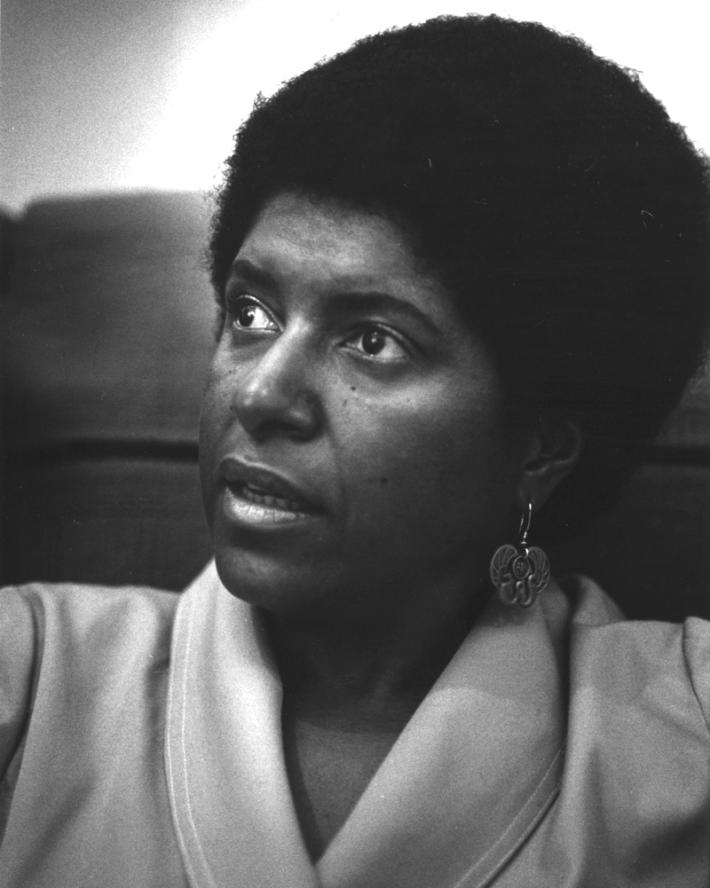