As the first, and only, Black woman to serve as Dean, Berger-Sweeney invested in building a Race and Ethnic Studies program, implemented cluster hires to diversity faculty ranks, and focused on creating a pipeline for first-generation students to the university. Her journeys have always followed the guiding star of “helping people to understand, even just a little bit better, their power and potential…This is the work of the educator.”

I was able to broaden the perspective of this New England university and open up its doors to more critical and analytical thinking about race, diversity, and inclusion. … I am particularly proud of that work.

Joanne Berger-Sweeney was raised in Los Angeles, born to a family transformed by the Great Migration. She matriculated at Wellesley College at age 16 in the 1970s, at the height of Boston’s busing and school integration struggles. Her studies in neuroscience took her from coast to coast: from Wellesley to the University of California, Berkeley, and then to Johns Hopkins, in Baltimore, for her PhD. Berger-Sweeney subsequently traveled to Paris to complete postdoctoral research. She returned to Wellesley as a faculty member, and eventually served as a dean of her alma mater.

In 2010, Berger-Sweeney joined Tufts as dean of the School of Arts and Sciences, the largest school at the university. She served as the only Black leader to helm the School of Arts and Sciences since the era of Bernard Harleston, who served as dean of the school from 1970 to 1980. During her tenure, Berger-Sweeney invested in building a Race and Ethnic Studies program, which would ultimately take shape as the Department of Studies in Race, Colonialism, and Diaspora. She implemented cluster hires to diversify faculty ranks, and under her leadership, the Center for the Study of Race and Democracy was created. She also established the Bridge to Liberal Arts Success (BLAST) program at Tufts, which focuses on creating a pipeline for first-generation students to the university. Berger-Sweeney worked to build bridges between the School of Arts and Sciences and other schools at Tufts, including the schools of medicine and engineering, and she helped steward the construction of new physical infrastructure for enhanced research and teaching at Tufts, such as the Collaborative Learning and Innovation Complex at 574 Boston Avenue in Medford.

Berger-Sweeney’s journeys have always followed the guiding star of “helping people to understand, even just a little bit better, their power and potential.” This, she says, is the work of the educator: “to provide environments where more students can thrive.”

Berger-Sweeney became president of Trinity College, in Hartford, Connecticut, in 2014. 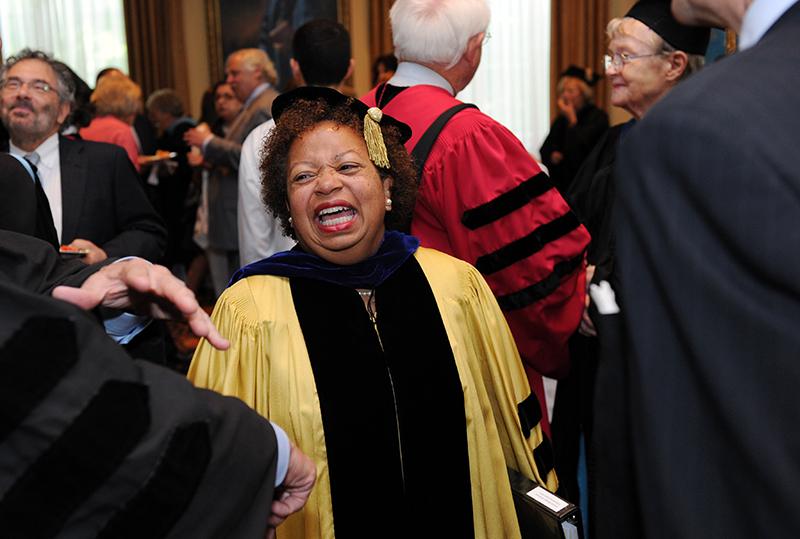 Dean Berger-Sweeney during the Sunday morning robing ceremony in Ballou Hall's Coolidge Room prior to commencement, May 20, 2012. 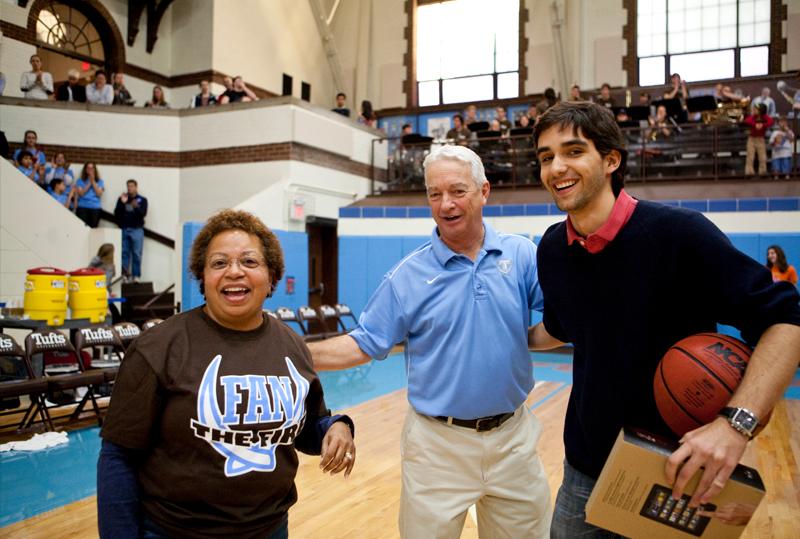